CIYMS were the big winners of the weekend as they maintained their unbeaten start to the season by picking up victories over Carrickfergus and Woodvale.

There were also Robinson Services Cup wins for CSNI, Waringstown and North Down as the 2020 campaign reached the third weekend since its restart.

On what will be a weekly post on the website (although the number of points could vary), I’m going to run through a list of thoughts that came to mind from last weekend’s action.

1. Who beats CIYMS in these conditions? – I got to watch CIYMS for the first time this season on Sunday in their LVS Twenty20 Cup victory over Woodvale and originally I had thought the home side had done well to limit them to 122, but it actually turned out that total was a great score on the wicket.

With the bad weather in July, getting wickets ready has likely been a disaster for groundsmen all around the country with the midweek rain really disrupting plans and limiting preparation time, and that has been shown by the relatively low team totals in the first few weeks.

CI captain Nigel Jones has a range of spinners at his disposal in James Cameron-Dow, Jacob Mulder, Ted Britton, John Matchett and Karthik Rajavelu while he himself can take pace off the ball, so the fact the wickets are hard to bat on feeds even more into their hands with the bowling attack they possess.

Their tactic seems to be bat first, set a big total and then just totally suffocate the opposition. Waringstown are perhaps the only team that have a similar set-up in terms of so many quality spinners, but right now it’s hard to see where CI’s first loss comes from (I’ve undoubtedly cursed them now). 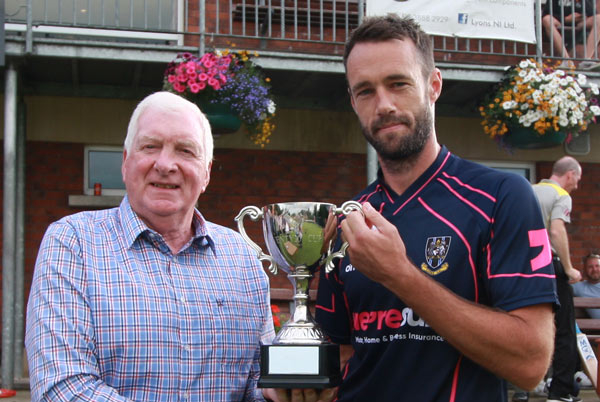 2. This could be James Mitchell’s year – I was extremely impressed with the way that James Mitchell closed out Waringstown’s league victory over North Down and he was in the wickets on Saturday, picking up figures of 4-15.

He blasted through Woodvale’s top order and dismissed quality batsmen like Wayne Horwood and Stephen Bunting, leaving the Ballygomartin Road side struggling at 19/4 and they were never able to fully recover.

This could be a massive year for Mitchell and he is certainly one to watch if he can carry this form into the rest of the season.

3. Marc Ellison joins the party – It had been a quiet enough start to the season for Marc Ellison but you can’t keep a good player down for long and he proved that by scoring 79* against Lisburn on Saturday.

The 33-year-old has been one of the most consistent players in the league since returning to the NCU from New Zealand and Saturday could be the platform he needed to really kick on and start a string of performances which sees him sit towards the top of the run charts once again.

Ellison is so important to CSNI and is the one that will have to lead even more this year with no overseas professional, but there is no doubt he is capable of stepping up to that task.

4. Does Ross Adair get picked for the Knights? – That brings us on to Ellison’s new opening partner at CSNI, Ross Adair.

He is the player that will have gave Northern Knights head coach Simon Johnston most to think about after the three practice games that were played over the past couple of weeks at Shaws Bridge and Wallace Park, where he scored 89 and 40* before the rain arrived.

Competition for a spot in the top order has perhaps never been more fierce, with Shane Getkate, Paul Stirling (if available), Ellison, James McCollum, John Matchett and now Adair all more than capable of filling the roles.

Adair will need to score more runs for CSNI in the next few weeks to make his case for selection even stronger, but I would not be at all surprised to see his name on the team sheet alongside his brother Mark when the Knights kick off their campaign against the North West Warriors on August 20.

5. Woodvale look up to the task – Usually when a team comes up from Section One they tend to struggle and fight towards the bottom of the table just because the league is so strong, but Woodvale have looked good.

They have a nice mix of youth and experience in their side with Wayne Horwood, Stephen Bunting, Paul Robinson, Timmy Browne and captain Jamie Gibson helping to guide younger players like Harry Warke and Jack Burton.

The Ballygomartin Road side recruited well and yes they may have a luxury that no other promoted team has had with there being no relegation, but they still look like they are capable of taking a few big scalps.

Waringstown and CIYMS both easily beat them at the weekend, but they have been the two best club sides in Ireland over the past few years so there’s no shame in that. It’ll be interesting to see how they progress in the coming weeks and if they can build on two victories.

6. Top four already taking shape – We are only three Robinson Services Cup matches into the season and already it feels as though the top four is well on the way to sorting itself out.

I don’t see a scenario where any of CIYMS, North Down or Waringstown miss out on the play-offs so then it comes down to who can seal fourth spot.

CSNI are in the driving seat for that having picked up two victories, including one over Instonians who will be looking to challenge as well.

Woodvale are the dark horse if they can find a couple of results while it looks like Carrickfergus and Lisburn would need something very special to make it. 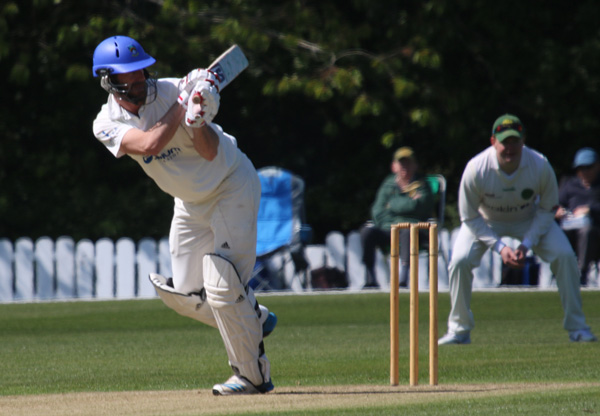 7. Is there a better Section One batsman than Aaron Johnston? – I don’t get to watch a lot of Section One cricket with the fact that Premier League action has to take priority and therefore most of my time, but I watched Cregagh captain Aaron Johnston bat twice this weekend against Armagh and there can’t be many better than him.

He previously spent time with CIYMS which shows he has the talent and that he’s highly-rated, and you can see why he is with the way he times the ball and the control he seems to have when at the crease .

Armagh have one of the better ones in their ranks in Jamie Rogers, while Ryan Smyth, Ross Bailey and Sam Gordon would be among the names up there as well.

8. What a player Chris Dougherty is – Dougherty scored the most runs of any non-overseas professional last season and his purple patch of form has continued into this campaign.

He scored a vital 54* against Woodvale on Sunday – his second half-century in three games – and the role he plays at the top of CI’s order is phenomenal.

Dougherty and John Matchett have a superb opening partnership and they almost always get their side off to a good start which then gives the middle order a platform to attack in the back end of the innings.

He has the ability to bat through an innings or up the run-rate when needed. A truly special player in this league.