CSNI captain James Kennedy is looking for his side to find more consistency in 2019.

The Stormont-based side reached the Challenge Cup final and Twenty20 Cup semi-final, but lost out on both occasions to Waringstown and North Down respectively.

They didn’t quite translate that form into the Premier League, and their poor start meant that it was decided pretty early on that they wouldn’t be challenging for the title.

A resurgence in the middle helped them move into third for a time, but they finished in 5th with a record of 6 wins, 7 losses and 1 no result from their 14 matches.

Here, Kennedy reflects on 2018, praises his star performers and sets out what he wants to achieve next year.

That’s another season over. How do you reflect on 2018?

There were a lot of positives that we can take into 2019. I’m very happy with how our Challenge Cup run went, but obviously disappointed we didn’t get over the line in the final. It’s been well-documented that we are just glad Grum (Graeme McCarter) managed to get through that game and get what was required. Hopefully we will have him fighting fit for next year which would help us as well.

In the league, we were slightly disappointed with the start we had. Throughout the course of the season, we lost four or five games that we probably should have won. Maybe we made bad choices at the time, or maybe some naivety.

I felt as the season went on that our younger players started to develop and learn, and hopefully they are in a better position going into next year.

You had Andre Malan in this year and he turned out to be one of the best players in the league. I’m sure you’re delighted with what you found in him?

Andre was brilliant. He wasn’t just brilliant on the pitch – that record speaks for itself. He did damage with the bat and ball, but he was just brilliant in the changing room. He was a great guy who got along with everyone, and we couldn’t have asked for more.

Hopefully he will be back next year as well, and will have an even better season than the one he has just had. 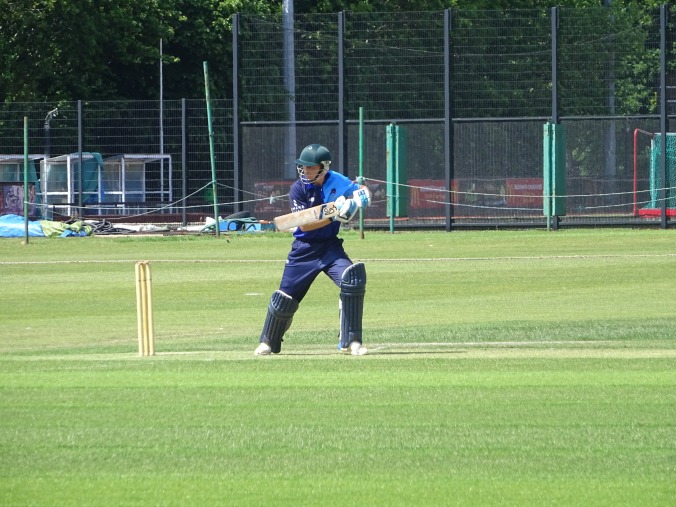 Marc Ellison also hit over 1000 runs. How important was he?

Elly is a superb player. We are running out of superlatives for him.

The argument can be that Elly and Andre did most of the work, and the rest of us need to step up and raise our game by another couple hundred runs. There was a bit of a tinkering period this year. We played around with the batting order to see who should go where.

We have learned a lot of things about a lot of people, and hopefully next year we will have something a bit more stable and will be able to support Elly and Andre much more.

The likes of Morgan Topping and Matthew Foster had good seasons. Are you expecting your array of young players will be even better with more experience?

Andre and Elly are the two guys that everyone will come away talking about because of the seasons they had, but our young guys developed so well.

Matty Foster and Archie (Johnston) were in the team for the whole season, and Matty in particular had a fantastic season. He could have bowled his 10 overs every week if it wasn’t for the ECB rule that he can only have seven at the start. He had a super season.

Archie made the gloves his own and hit a nice 50 against Instonians. The guys that came in like Morgan and Arny batted very well, and will hopefully push on next season now that they have more experience in the Premier League.

CSNI for years have been known as a cup team, and we are a dangerous proposition for anyone on our day, but it’s just trying to find that consistency and get away from the tag that we are a cup team.

I believe that we can be more than that. We just have to raise our games for every single game, rather than the cup games that we have a good record in. It would be great if we can take that into the league and see if we can push up a bit.